There are a lot of things that happen to you and me when you click like on this post. You, or better, your brain, know why you look at the like button and why I will look forward to seeing the likes or comments that I have in the post. It’s all related to the chemistry of your body and have some correlation with an organic chemical called Dopamine. 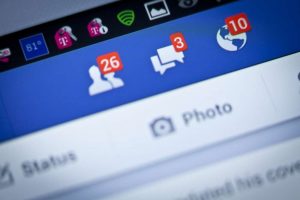 Dopamine is a neurotransmitter produced in your brain that is released by some brain tissues (and other parts of the body), to enable the transmission of signals between nerve cells. Some of the activities and systems where dopamine plays a major role are the motion and the reward-motivation behavior. In each part of the body, dopamine has its role and different from each part. In the brain, its production is associated with the attention, motivation, addiction, love, adultery, among other things. Dysfunctions of the dopamine production are associated with diseases like Parkinson, the tremors and the motor impairment, and the attention deficit disorder.

In the reward-motivation behavior, dopamine is one of the things that drives us towards the rewards. That’s why eating food with sugar or have sex are activities that we continue to do and enjoy, due to our high dopamine level. Have you noticed that you can remember events or other moments of your life, more easily if you enjoy them? Yes, dopamine also has a positive effect on your memory and it increases when you are interested in the subject.

When you click like on this post or write a comment and I see it, my dopamine levels will increase. That’s why I check my blog and social networks more often after I have posted something, my dopamine levels increase and it drives me towards that. This is the explanation for 62% of the people saying that they feel better after receiving a like on social networks. For example, posting peoples face or body on photos have become so popular because it could lead to 32% more likes and comments (and I have already experienced that). But why you click on the like button? It’s the reciprocity effect and your wish that when you post something I could also make a like on your publication. If you think more widely, this effect and the chemical exchanges that occur in our bodies by consequence, are one of the main drives towards the growth and sustainability of social networks. 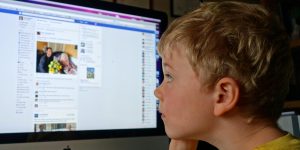 Dopamine release and its effects on us could lead to the development of a vicious circle between post, likes, and views that ultimately can create addiction. In the youngster generations, this could be a real problem that a lot of people are facing and no one notice. Spending much time connected and feel almost disconnected from the real world have their negative consequences. Young guys could lose the ability to read and understand the real world, could be led to a lack of sleep by being connected until late and could lose the positive things of enjoying the moment, whatever the place and people they are with. The social networks can also carry a negative and more dramatic view of the world. For example, the absence of a like or comment could be interpreted as a negative thing when no one has the intention of it.

Go ahead and click on the like button because thankfully, although I usually check my social networks on a daily basis, I can be days without touching them with no harmful effect on me. But take care because there are a lot of people, and most young people, which cannot say that.